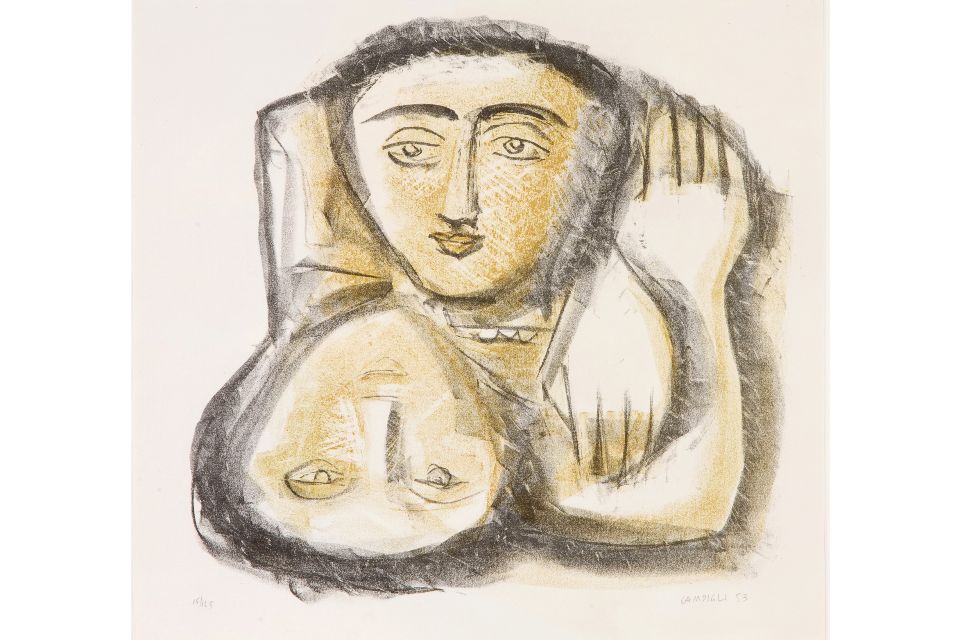 The exhibition features about sixty lithographs by Massimo Campigli, which stand as a testament to the artist’s rich journey with this technique, which fascinated him from his early years in Paris, around 1930, and which he continued to use throughout his life. Campigli worked with the most important publishers and typographers of his time, from Erardo Aeschlimann of Editrice Hoepli, to Hans Mardersteig of Verona, to Pietro Fornasetti, lithographer-printer as well as eclectic designer, to Renato Cardazzo of Galleria il Cavallino, to Nesto Jacometti, founder of L’Oeuvre gravée, a milestone in the history of the graphic art of our time. “Campigli’s graphics came to life in the illustrated book, in that subtle relationship which the artist-illustrator weaves with the literary work and which his sensitivity and culture manage to translate into figurative images. Perhaps the best of his work is to be found in the pages of the books he illustrated, where the harmonious play is made up of words and figures that permeate each other in a harmony that no rules, other than the artist’s imagination and creative intuition, can dictate” (from the introduction to the Catalogo Ragionato della grafica, edited by F. Meloni and L. Tavola). Among the works presented in the exhibition, one of the masterpieces of Campigli’s production, the twenty plates of Theseus by André Gide (published in 1949 but prepared the year before in Milan by Fornasetti for the lithographs and in Verona for the text, printed by Mardersteig), in which for the first time a tentative hint of colour appears.

After this experience, Campigli began to experiment with colour, moving from the small format lithograph, suggested by the literary text and contained in the book, to the large sheet, intended to be framed and exhibited. On show are some examples from the La Ruche portfolio, the title of which evokes the famous Parisian complex, a hive of studios and artist’s residences now destroyed and through which all or almost all the leading artists in painting and sculpture of the first half of the twentieth century passed in not always the happiest conditions. As the authors of the catalogue raisonné of the graphic works stress, “Campigli devoted himself to graphics before it became fashionable. The personal intervention on the matrixes, a guarantee of the quality of the works and the absolute lack of mechanical reproduction artifice, make his entire production a clear example of consistency and responsibility. The particularly careful print runs, the numerous colour proofs, the abandoned, rejected or redone proofs, are proof of his passion and his constant hands-on approach at every stage of the process”. 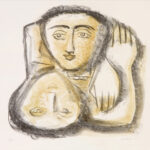