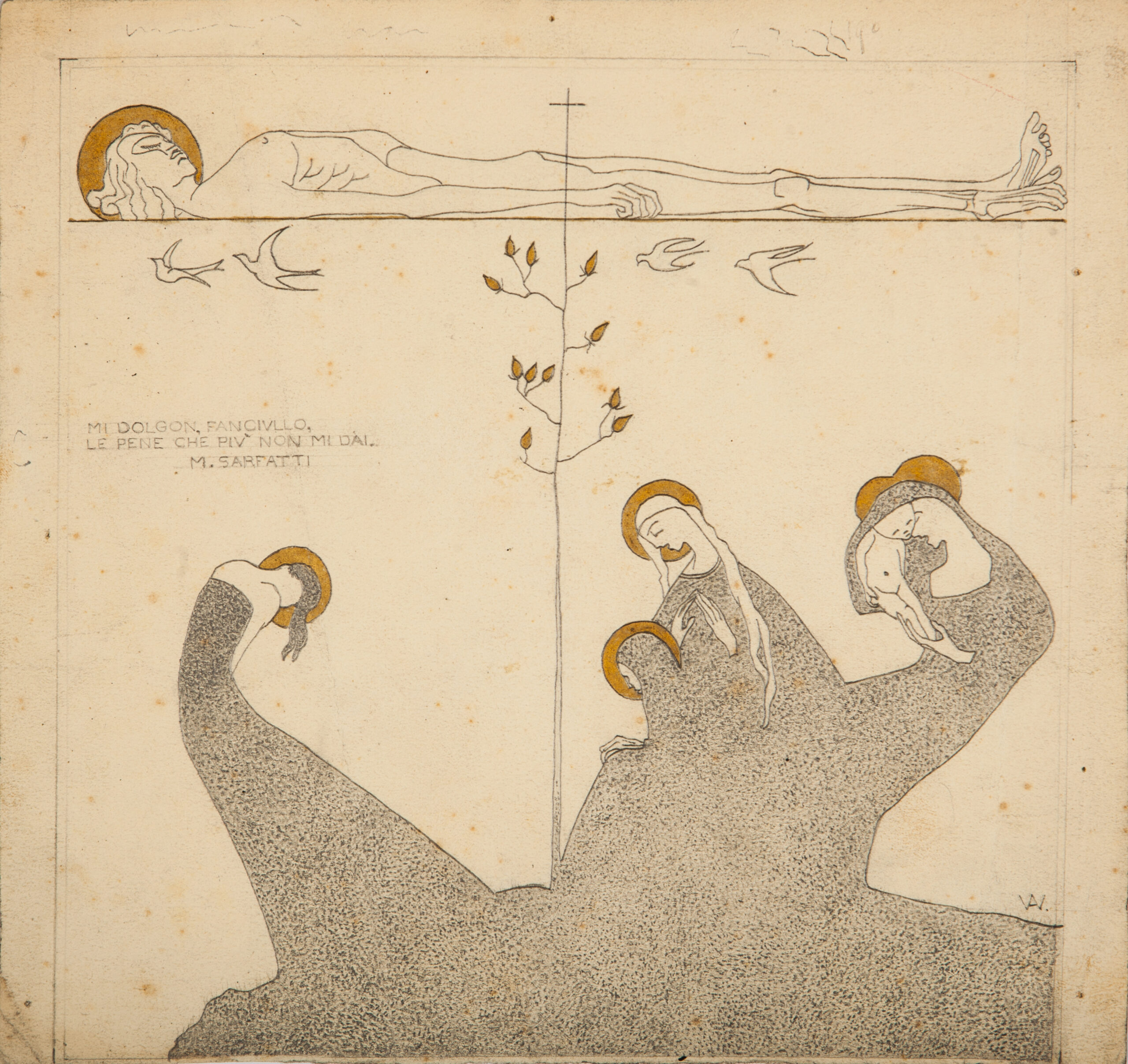 Sorrow and its archetype

Four grieving women, one with a baby in her arms, emerge from an indistinct black, as if cut out on the white background by a continuous, well-defined line. Theirs is the archetype of human grief, what the heart and the mind keep at a distance, as a point of no return. The mother’s sorrow for the death of her son.
And even worse. For the death of her only son.
Above them, the lifeless body of a young man, divided in half by the thin line of a shrub with few leaves, which creates a cross. It is not just this symbol, together with the golden haloes, that remind us we are in the presence of Christ. It is that sorrow, which Christianity has interpreted as divine, but which each human being recognises as absolute, that leads us back to a particular, but also universal, religious event. So much so that Adolfo Wildt, in this drawing showcased by Studio Guastalla, presents a work dedicated to Margherita Sarfatti, doyenne of Italian art between the two wars, a Jewess, for the death of her young son in the war. As with Asher Lev (the protagonist of a famous novel by Chaim Potok), a Jewish painter who shocks his community by painting the Crucifixion because he cannot find any other image sufficiently archetypical for expressing grief, for Margherita Sarfatti, grief takes on the form of the Christian drama. Which echoes as human, all too human, in the words of this mother: “The sufferings you no longer give me, my boy, break my heart”.