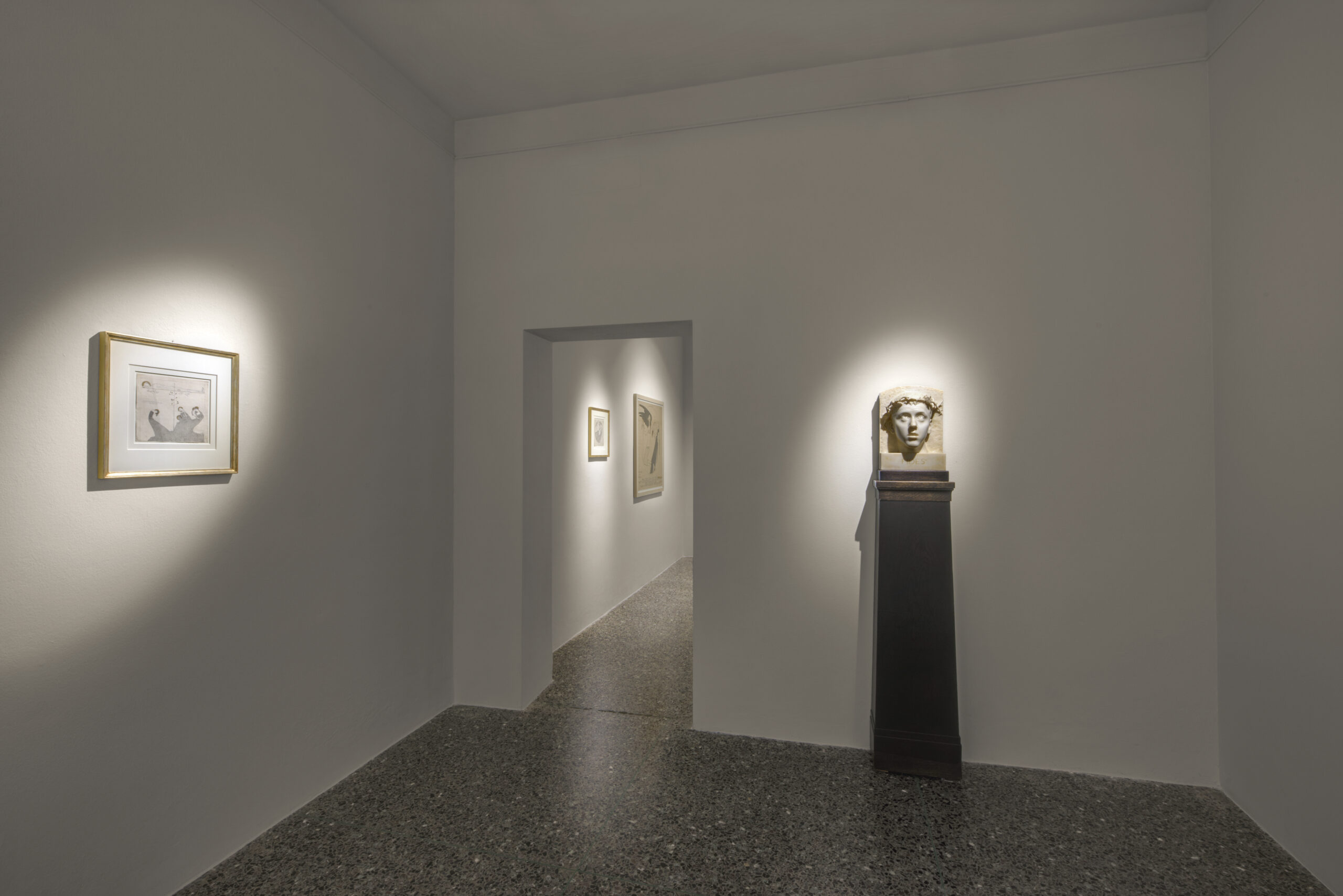 Studio Guastalla Arte Moderna e Contemporanea presents a collection of artworks (around forty drawings including preparatory studies of monuments, parchments with gold and some marble and bronze sculptures) the result of long years of artistic exploration spanning generations. Indeed, some of them were inherited by Ettore and Silvia Guastalla’s great-grandparents, the Belforte, who in 1922 opened the Bottega d’Arte in Livorno, one of the first Italian art galleries, where they regularly displayed Wildt’s works in group exhibitions and in a solo show in 1930. In addition to the drawings that have remained in the family collection ever since, Studio Guastalla presents handwritten letters from Adolfo and his son Francesco, who was his secretary, addressed to Gino Belforte at the time, regarding aesthetic and economic matters. Many other works have been collected over the years, mainly through direct contact with Wildt’s heirs, while some have come from private owners and art galleries.

Apart from the coincidence of the exhibition inauguration taking place one hundred years after the opening of the Bottega d’Arte, celebrating a century of the family’s involvement in the Italian art scene, the exhibition is intended to be a contemporary, non-antiquarian survey of the work of an artist who was faithful to an ideal of art as a quest for idea and not content, for purity and not verisimilitude, for abstraction and not sentiment. Wildt addresses us with such urgency, one hundred years after the creation of his works, because his is a mental, abstract, and terribly tormented art. Mario Sironi, his contemporary who, although their artistic approaches were vastly different, loved and understood him, wrote a beautiful obituary in 1931, to mark the artist’s death, in “Il Popolo d’Italia”, in which he captured the sense of his “frenzied aspiration towards that same fatal, splendid, impassive wonder” of the Baroque sculptors.

Rarely has a master succeeded in conveying to his pupils the deep essence of his own vision of the world, leaving them free to find their most authentic self as Wildt did with Lucio Fontana and Fausto Melotti, his disciples at the Brera Academy. Every time we look at our drawing of Christ Crucified, we cannot but think of a Fontana slash, with that sharp, diagonal, unhesitating stroke. And in the drawing Mi dolgon fanciullo, dedicated to Margherita Sarfatti and her overwhelming sorrow, over the death of a child, we glimpse, in that cross formed by two thin intersecting lines, the model for Melotti’s aerial constructions. Wildt’s art is timeless because it is emblematic, never accommodating, never easy. And that starkness of truth cannot be imitated, but only made one’s own and transformed into something equally stark and true, by those who have the ability to do so. Each with their own different way of showing the pain of the world, naked, without veils, without hypocrisy.

Among the works are some important sculptures such as Fides, carved in marble by Wildt in 1906 and commissioned by his Prussian patron Franz Rose, who supported him for years while guiding him toward a more Nordic and Mittel-European approach. The young man’s face has a crown of thorns and the astonished upward-looking eyes of one who has entrusted his faith to heaven and is questioning the mystery of that Trust. The sculpture was produced immediately before the three years of severe depression that Wildt himself described as “mental night”, at the end of which, after obsessively sculpting and obsessively destroying, the artist emerged in his full stylistic maturity. That crisis was followed by a period of “return” to classicism, to some extent evidenced by Wildt’s 1918 portrait of little Augusto Solari as part of the Salvadenaio Exhibition, promoted by Toscanini to encourage Italian children to raise funds for war orphans. The winners were to receive a portrait by a famous artist of the time, and the child Augusto Solari was to be portrayed in marble by Wildt, who executed four examples of the sculpture. The one on display (from Wildt’s heirs and exhibited in 1930 at Bottega d’Arte on loan from Wildt himself), impeccably preserved, shows on one hand a softening in Wildt’s style in those years as opposed to the dramatic nature of earlier works, a clear reference to the 15th-century busts of Desiderio da Settignano, and at the same time allusions to Liberty-style phytomorphism in the coils of the hair as well as that ” exquisite refinement to the point of torture” noted by Margherita Sarfatti which gives the portrait a detached, glacial, tone, with its suggestions of a funerary herm.

Among the numerous drawings, some of which had already been published in the 1920s and 1930s in the Bollettini di Bottega d’Arte, monthly catalogues that the Livorno gallery produced to publicise its activities, there is also a sketch for a monument which the curator, Mirko Agliardi, has identified as the project for a previously unknown funerary sculpture in the Monumental Cemetery in Milan, of which archive documents confirm Wildt’s authorship. 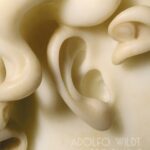