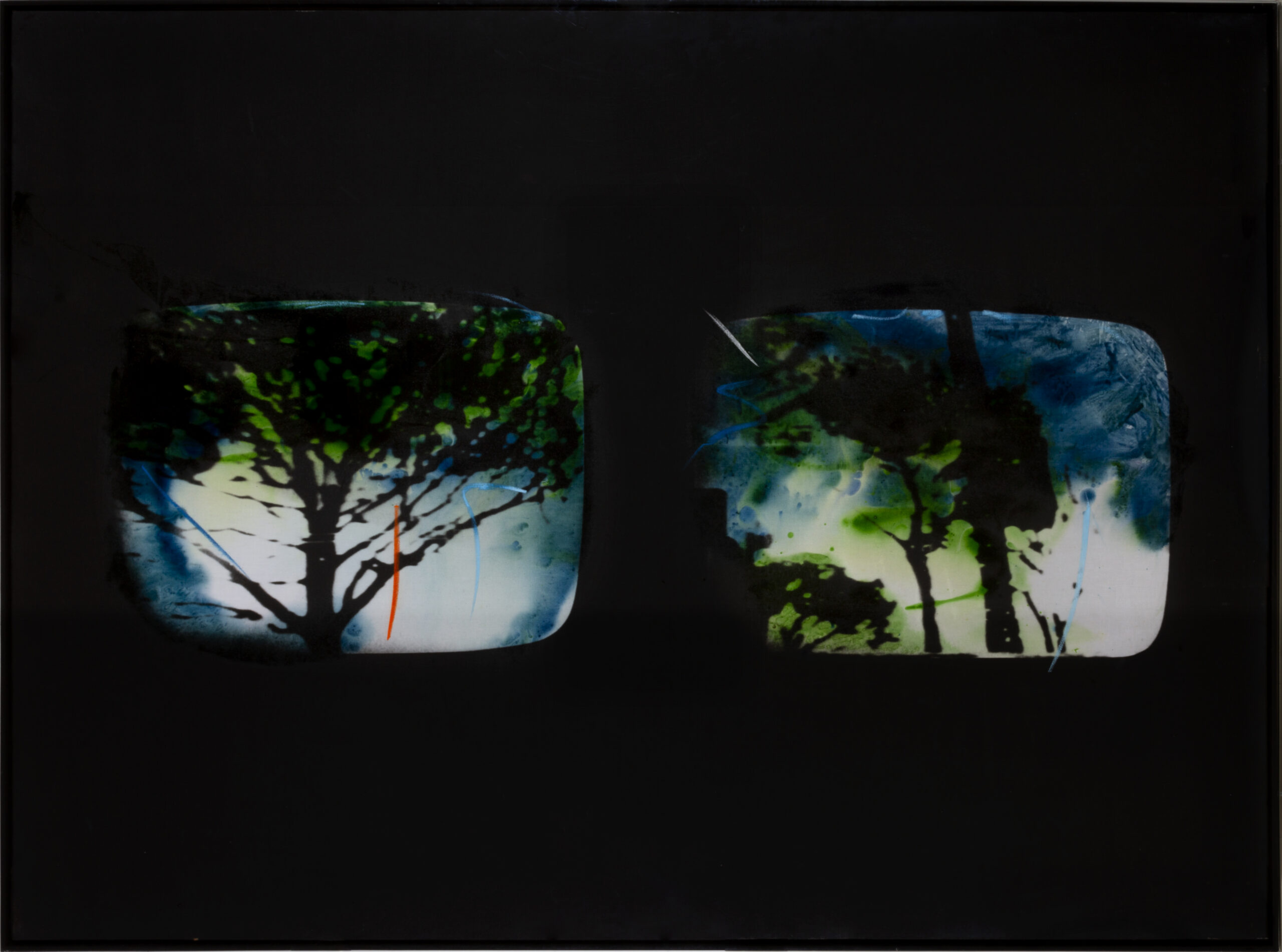 At the beginning of the 1970s, Schifano became aware of the enormous potential of television, envisaging a future enveloped in a flow of images issuing from a screen and not reality.
In the emulsified canvas we are exhibiting, the unnaturally-coloured trees emerge from the space of the cathode ray tube. Schifano continues his exploration of the theme of landscape via a visual naturalism that is not an imitation of nature, but rather a powerful reconstruction and redefinition of reality by means of random images extrapolated and renamed, hence re-created.
At this time of cloistered living within our homes, everyone is compelled to undergo the same pictorial revolution as he did.
The windows are “closed” and our images of the outside world are no longer those experienced in first person, but provided by way of news broadcasts and TV programmes.
As a result, we feel the need to redefine the world around us, through images to be decoded and renamed in a sort of personal diary that becomes the frame of a collective jigsaw puzzle.