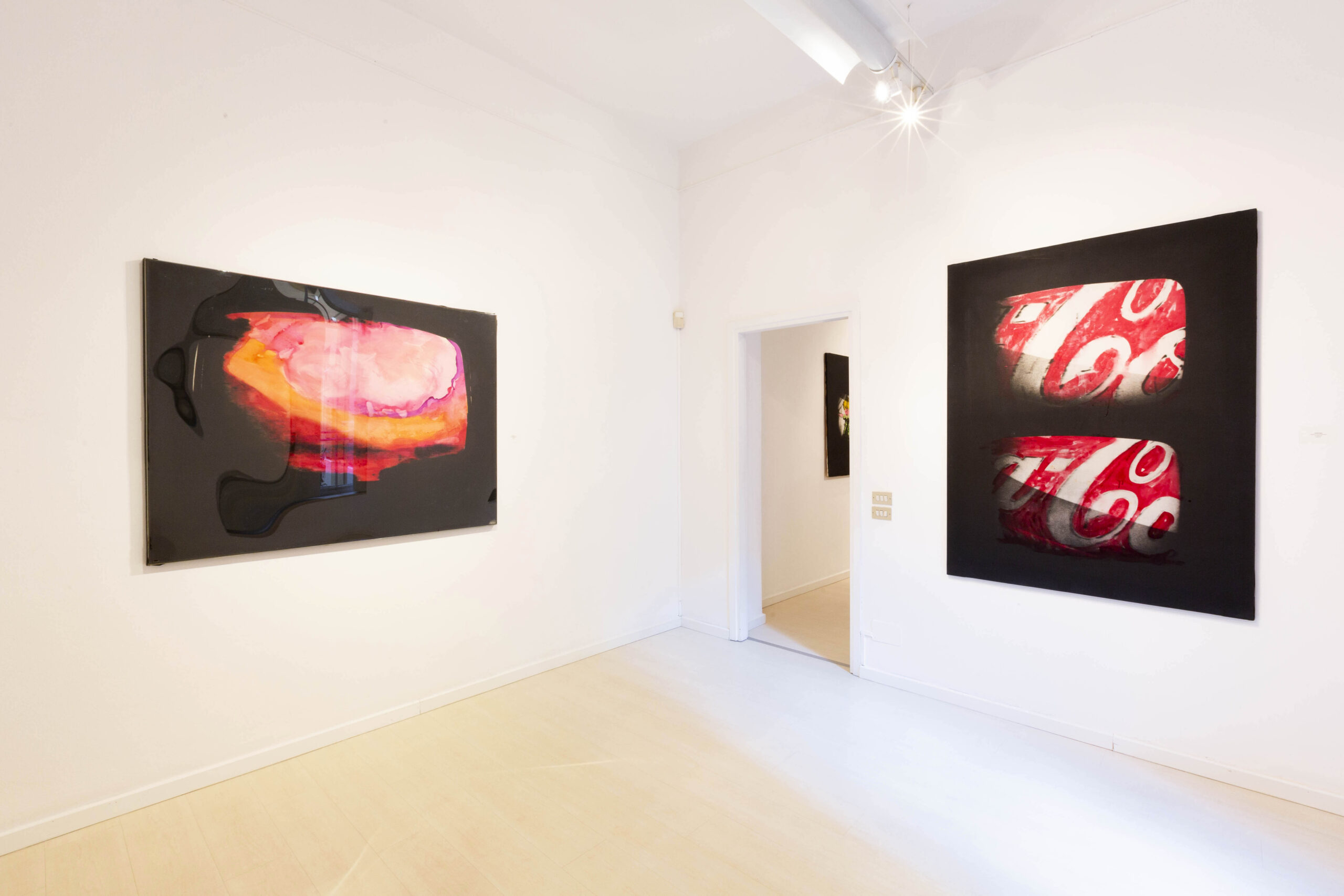 Studio Guastalla Arte Moderna e Contemporanea presents Mario Schifano. In Onda TV [Mario Schifano. On TV], an exhibition of around
fifteen “TV landscapes”, enamel on primed canvases on which the artist fixes a television image, emulsifies it onto the canvas and transforms it via painting. The plexiglass lends the work a shiny, reflective dimension that is a reference to the TV screen.  On the cusp of the 60s and 70s, Schifano lived in a studio where dozens of televisions, permanently switched on (without volume), flooded his visual space with an endless flow of images, while the shuttered windows blocked the view of the outside. With amazing foresight, Schifano – this was when Italy had only two state-owned channels which only broadcast at limited times, while the close of broadcasts was marked with a fixed image on the screen – understood that in future we would live increasingly immersed in images, that the painter would no longer have to seek inspiration in the external world, since the external would come looking for him – all you would have to do is “stay tuned”.
In line with other artistic approaches he adopted in those years, Schifano depersonalises the work, making it no longer the product of a unique, romantic, unrepeatable creativity. The artist is, rather, someone who takes an image conveyed by a mechanical instrument, which he then subjects to another mechanical instrument, photography, and then proceeds to mechanically emulsify onto the canvas, only to add a personal touch at the end by finishing off the image with enamel.
In these images, slightly blurred, faint and less bright as compared with today’s standards, inserted in the rounded black frame of a cathode ray tube, we find the clocks with the hands giving the exact time, the fixed images of Italian cities with their names attached which were broadcast during the breaks, pictures from the history of art taken from the programme “Italian Masters of the 20th Century”, freeze-frames with political figures from TV news, but also fragments, enlargements, details and splashes of colour TV landscapes: indeed, a new Italian landscape, beamed directly into the home, without the need to ever go out. 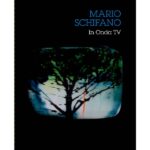