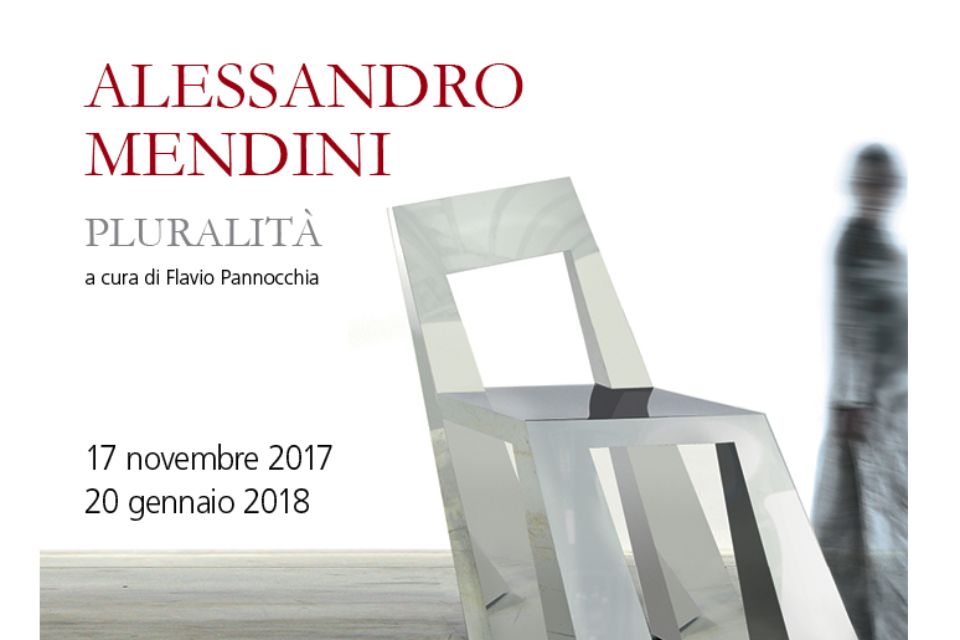 Studio Guastalla Arte Moderna e Contemporanea presents Pluralità [Plurality], an exhibition of works by Alessandro Mendini, curated by Flavio Pannocchia, who has worked with Mendini for many years on the creation of design collections, in association with Atelier Mendini.
Back in 2004 I exhibited in this Milan gallery, in a two-man-show with Sandro Chia, entitled Sandro and Sandro”. It is and was a set of artworks selected and put together with Flavio Pannocchia, the refined and punctilious coordinator and connoisseur, who has been responsible for assembling various important design collections. The works shown here reflect experiments expertly carried out with various materials and techniques, often involving skilled craftsmen, and the enthusiasm for these concrete aspects is the basis which underpins the expressive elements of these works. The aims and typologies of the works on show are diverse, but they have a single purpose: to introduce the observer to a poetic, magical world, climaxing in the precious masks created by the silversmiths Pampaloni and the Proust armchairs reworked in Carrara marble by Gualtiero Vanelli. Neither sculptures nor design objects (or perhaps they are both), these works are perfect examples of of an artistic method that I have been pursuing for some time, also together with Flavio, in the vast field of multidisciplinary research. Works that have also found a space and hospitality in Giuliano Gori’s sculpture park at Fattoria di Celle, near Pistoia. The affinity and empathy that has built up between Flavio and myself go to make up the sense and essence of this exhibition, whose title Plurality is intended to express the sheer breadth of the subjects we often deal with together.” (Alessandro Mendini, form the exhibition catalogue)

The works date from different periods of Mendini’s production, and have been executed with a number of different materials techniques and sizes. We are deliberately not talking about objects of design here, in that what is on show, whether paintings or objects, cannot be said to have a practical function, but rather convey an idea of art which intersects with models of literary (Proust, Marinetti) and pictorial  (Balla, Depero) inspiration,  a great respect for craftsmanship, materials, techniques, a subtle hint of irony and a vision that reveals magic and enchantment.
These works show “how beautiful a work that is transformed into an end in itself, regardless of any precise objective, can be. And that there exist many spaces bursting with potential in the grey areas between, between art, craftsmanship and design, beyond their traditional categorization. And that techniques, tools and their knowledge are not simply a means to an end, but are the essence of the invention of things”.
Thus, the chairs are not meant for sitting on, as their name reveals Scivolavo [I was sliding, slipping] – they can only be played with, as children do. The masks are not meant for covering faces, but are, rather, portraits “hard, metallic and multi-material, contorted and expressionistic” which Mendini dedicates to his beloved Futurists, a “homage to their aberrant genius e and to their dream of dominating the universe with their violent colours and signs”. The Monument loses its aura of solemnity, becoming just a Monumentino [little monument, monumentette?] and what’s more it iscraquelé, cracked – a monument to the fragility of things. The Proust armchair (in the exhibition we have the Proust Korea, of which only two exemplars exist, with the silk fabric made in an artisan workshop in Seoul) is a redesign, using an already existing object, kitsch, a pseudo-antique structure, and instead of serving the function of a chair, it becomes one of those objects that are actuall y “stimulating mirages suitable for meditative and unreal environments”. Some of these works, like the Monumentino, the Craquelé and the Le Stelle of Celle [Stars of Celle] had their origins in the collaboration between Mendini, Flavio Pannocchia and the collector Giuliano Gori, who, in his Fattoria [Farmhouse] of Celle, near Pistoia, has hosted the greatest contemporary artists for thirty years, to allow them to interact with nature and architecture.
The exhibition then shows Alessandro Mendini’s paintings, which, as objects, are presented “as communication, as a sentimental testament. The motivation behind painting does not lie in its efficiency; its “beauty” derives from the love with which it is offered, in the soul it contains”.

The catalogue, by Flavio Pannocchia and Silvia and Ettore Guastalla various writings by Alessandro Mendini. 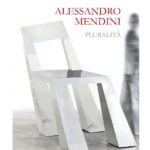