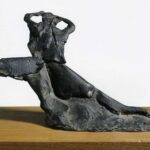 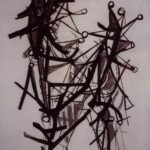 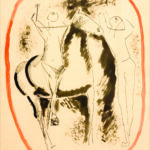 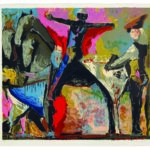 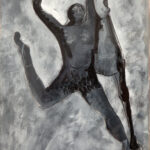 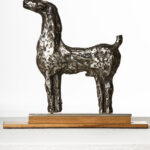 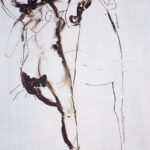 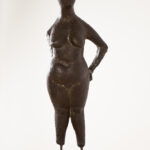 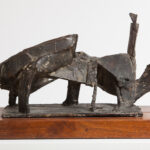 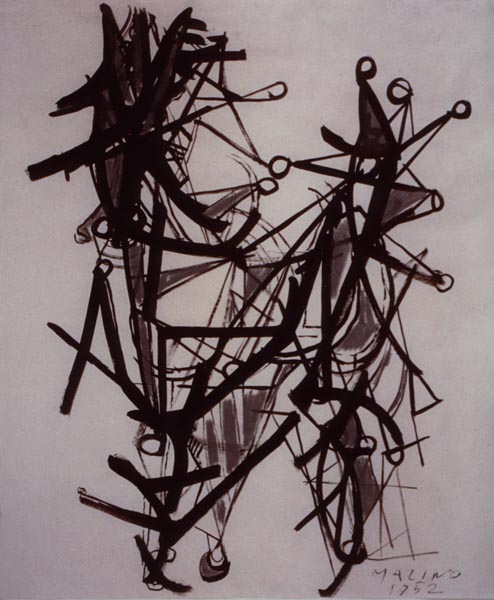 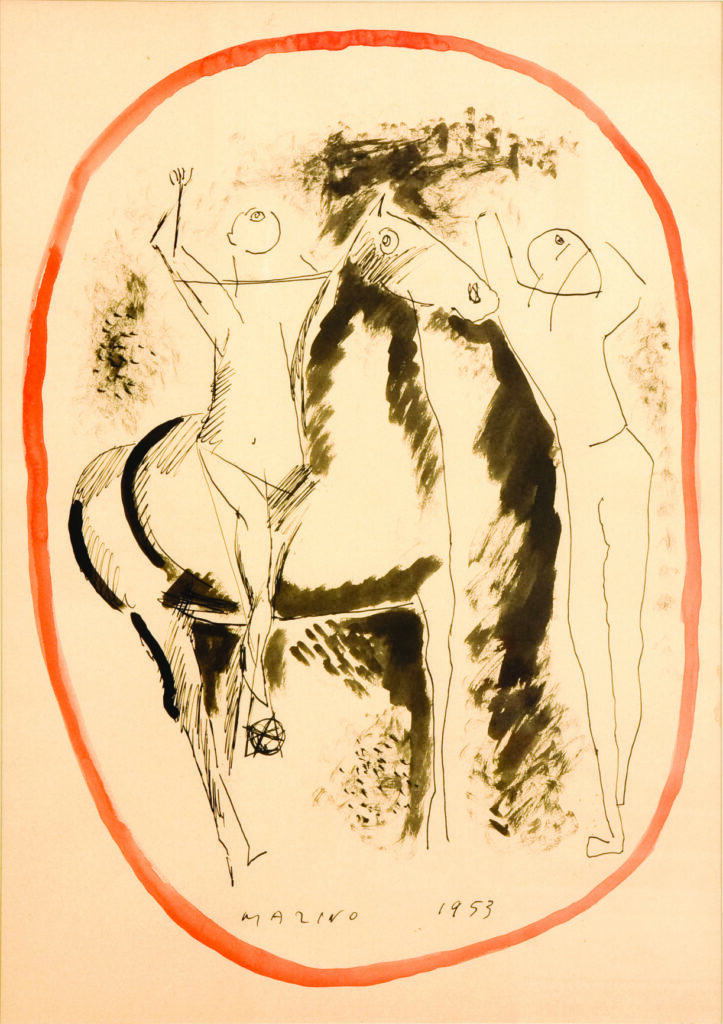 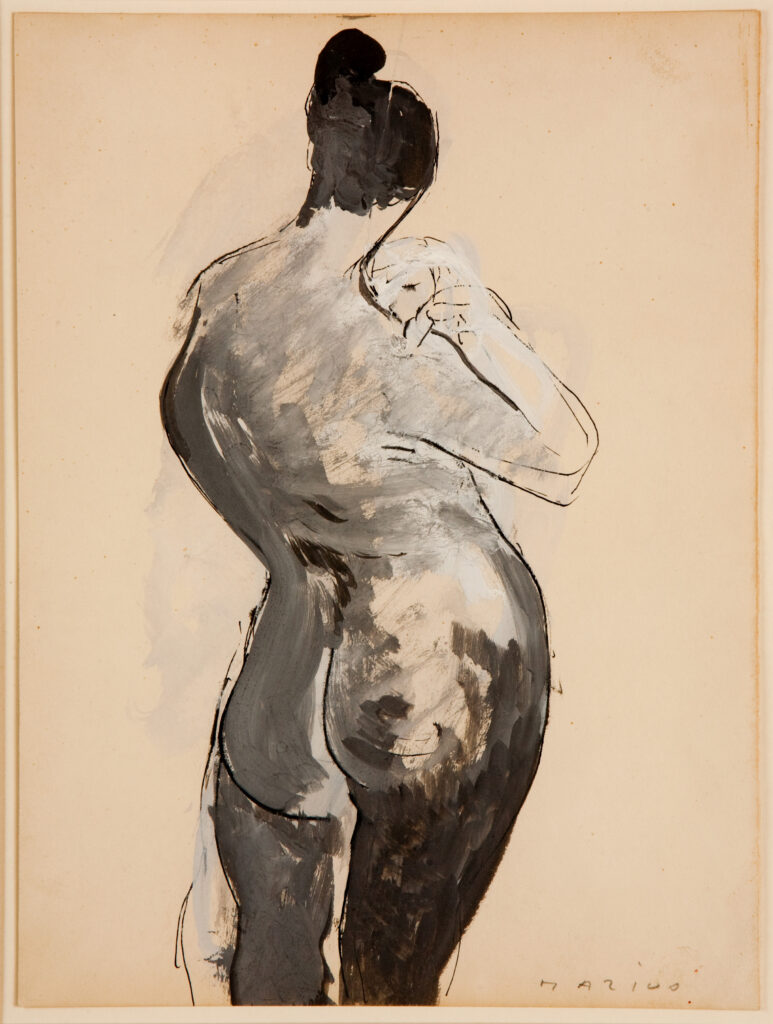 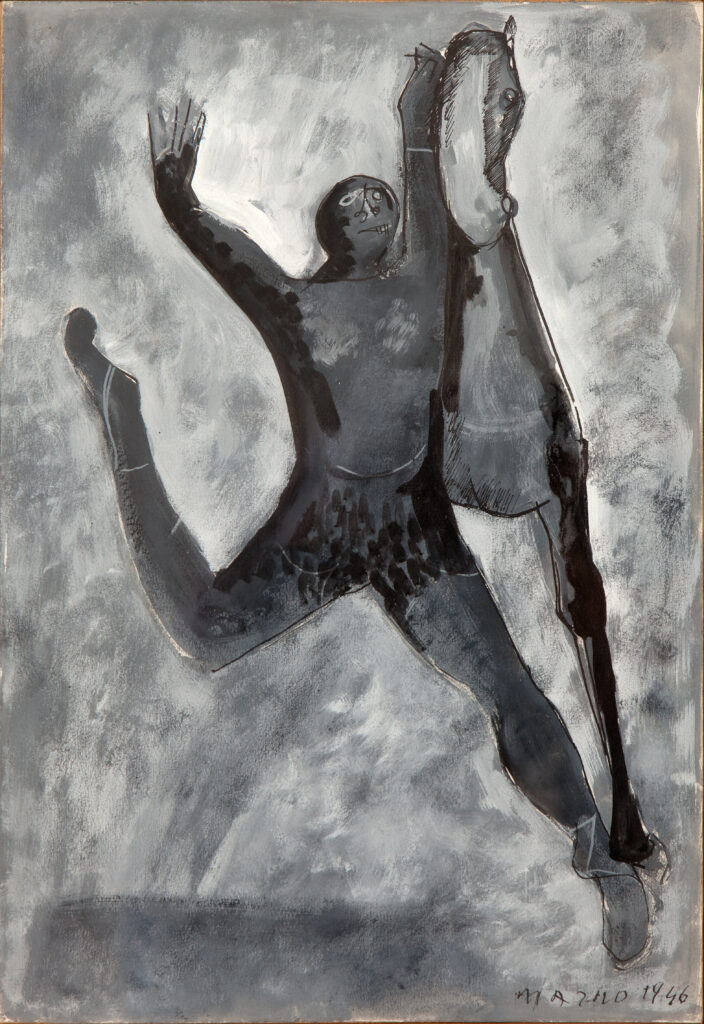 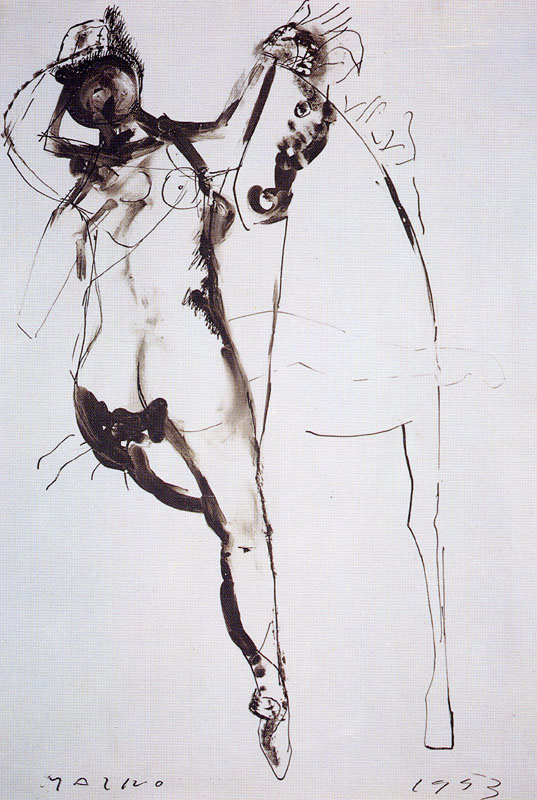 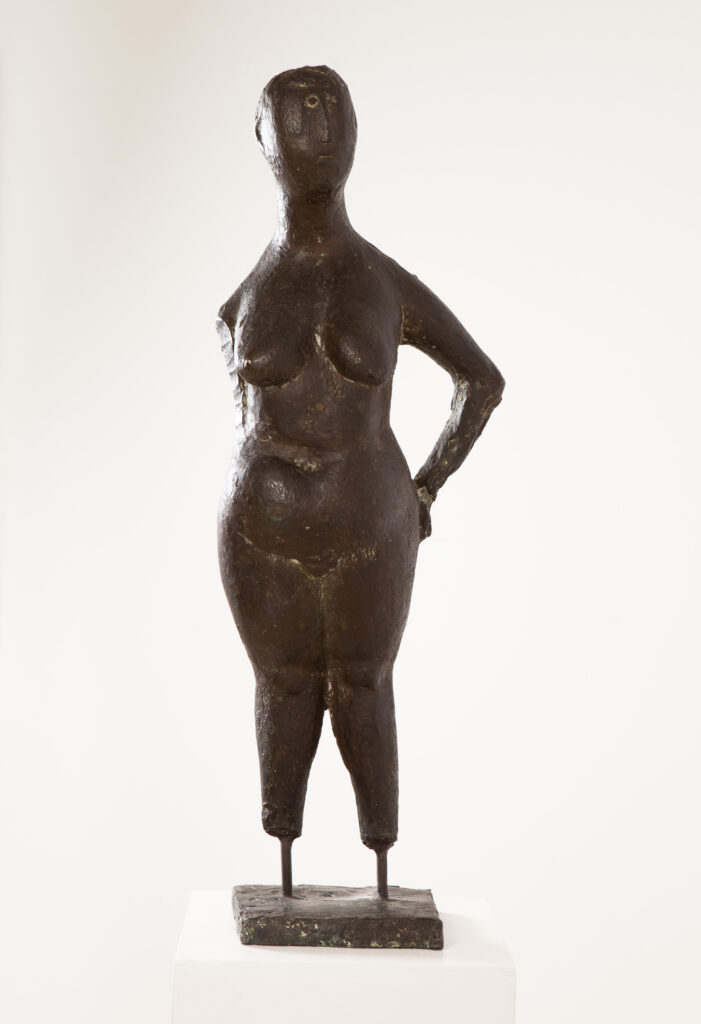 Marino Marini was born in Pistoia on February 27, 1901 He enrolled at the Academy of Fine Arts in Florence when he was only sixteen and began by studying drawing and painting; his first approach to sculpture dates from 1922
He moved to Milan in 1929 after being asked by Arturo Martini to become head of sculpture at the Villa Reale art school in Monza His first important sculpture, People, in terracotta, which revealed Marino’s talent to the public and critics, dates from the same year
In 1931 he carried out Ersilia, a sculpture in polychrome wood, which is considered one of his fundamental works; he then presented his first one-man show in Milan in 1932
He later participated at the Rome Quadrennial where his work first gained important recognition; he won first prize for sculpture at the Quadrennial in 1935…

The Knight dates from 1936 and was to be a work of considerable significance as it led to the subsequent evolution in his research; Marino carried it out in two versions, one in bronze and the other in wood, now in the Vatican
He met Mercedes Pedrazzini in 1938, and married her only a few months later; he fondly called her Marina as if to emphasize the link that was to unite them for the rest of their lives
In 1943 Marino took refuge with Marina in the Canton of Ticino: these years of exile were especially important for the artist In Switzerland in fact he met and frequented some of the great masters of contemporary art – Giacometti, Wotruba, Otto Bänninger, Haller and Germaine Richier – whose work contributed towards him making an even more profound study of his subject matter and his research
In this period he continued his cycle of Pomonas, female figures symbolising fertility, a subject he had first started in 1935 His Archangel sculpture eventually led to the series of Miracles, works that were inspired by the anguish, sorrow and destruction that war and violence bring to humanity, a burden that Marino felt deeply
The following year, when he returned to Italy (1947), was to be decisive for him: he took part in the XXIV Venice Biennale with a room dedicated to his work and, on the same occasion, made great friends with Henry Moore; at the same time he also met the American art merchant Curt Valentin, who invited him to the United States and not only organised a major solo exhibition in New York but also a series of shows that were to contribute towards making his work known throughout the world
By this time Marino‘s art was held in the highest regard: he won the International Grand Prix for Sculpture at the Venice Biennale in 1952, the International Grand Prix of the Academy of the Lincei in Rome in 1954 and, in 1959, carried out the great equestrian composition, a good five metres high, that was to be placed in a square at the Hague
This was followed by a great many exhibitions – in Munich, Rotterdam, Stockholm, Copenhagen, Oslo and Helsinki – which culminated with the great anthological shows at the Kunsthaus in Zurich in 1962 and in Palazzo Venezia in Rome in 1966
He was nominated a member of the Orden pour le Mérite fur Wissenschaften und Kunst, the most important honour in Germany, at Göttingen in 1968
A permanent room was dedicated to his work at the New Pinakothek in Munich in Baveria in 1976 while the Centre of Documentation of the Work of Marino Marini was inaugurated in the rooms of the Palazzo Comunale in Pistoia, in June 1979; the centre not only included his drawings and etchings, but also the great Miracle sculpture and other smaller works, a specialised library and a photo and video library documenting the life and works of the artist
Marino died in Viareggio on August 6, 1980 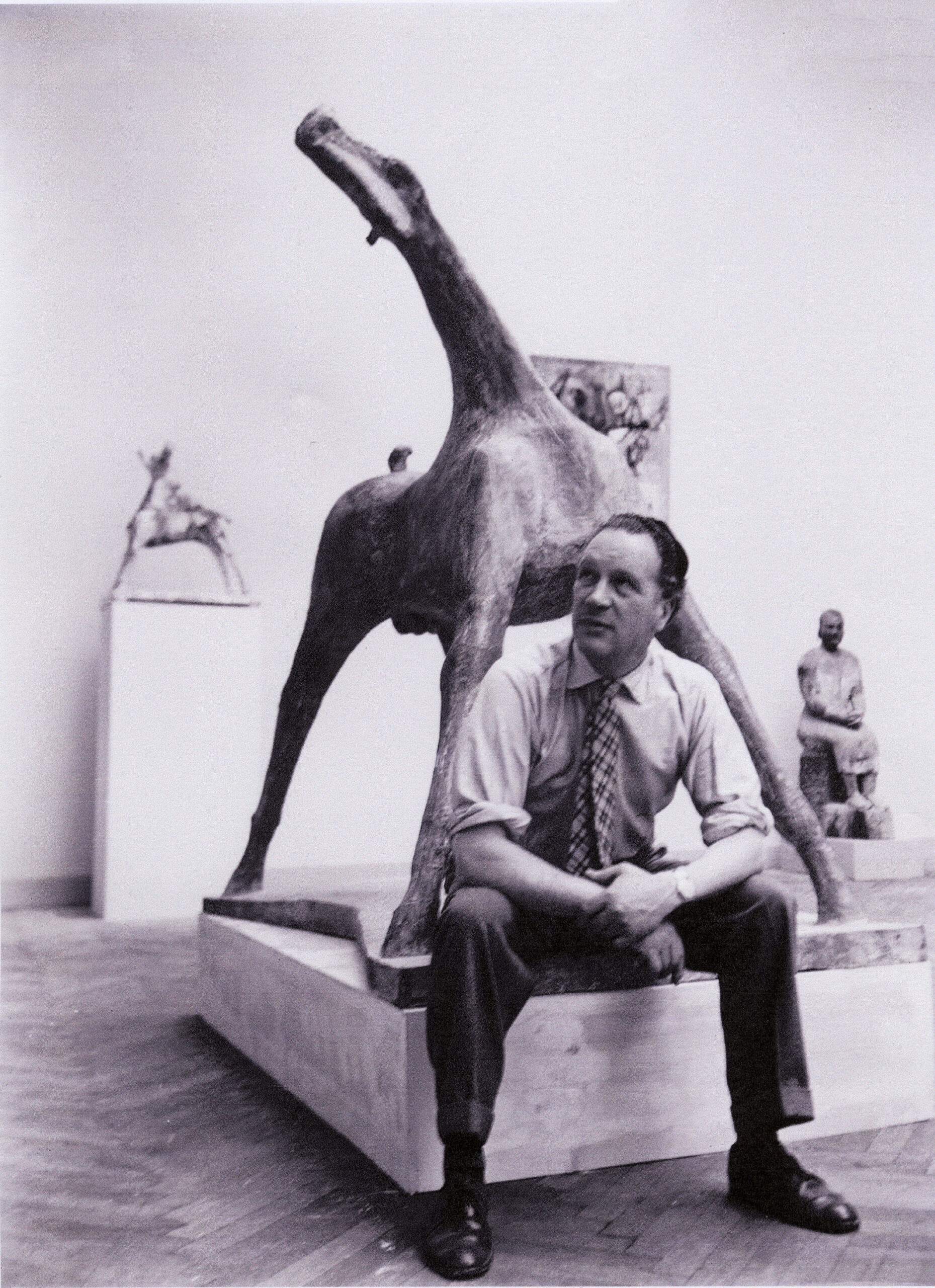 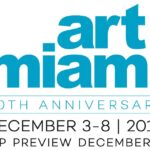 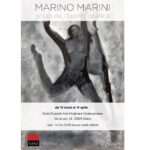 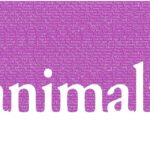 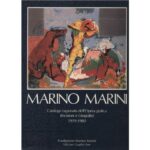 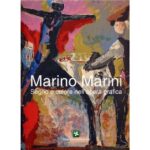