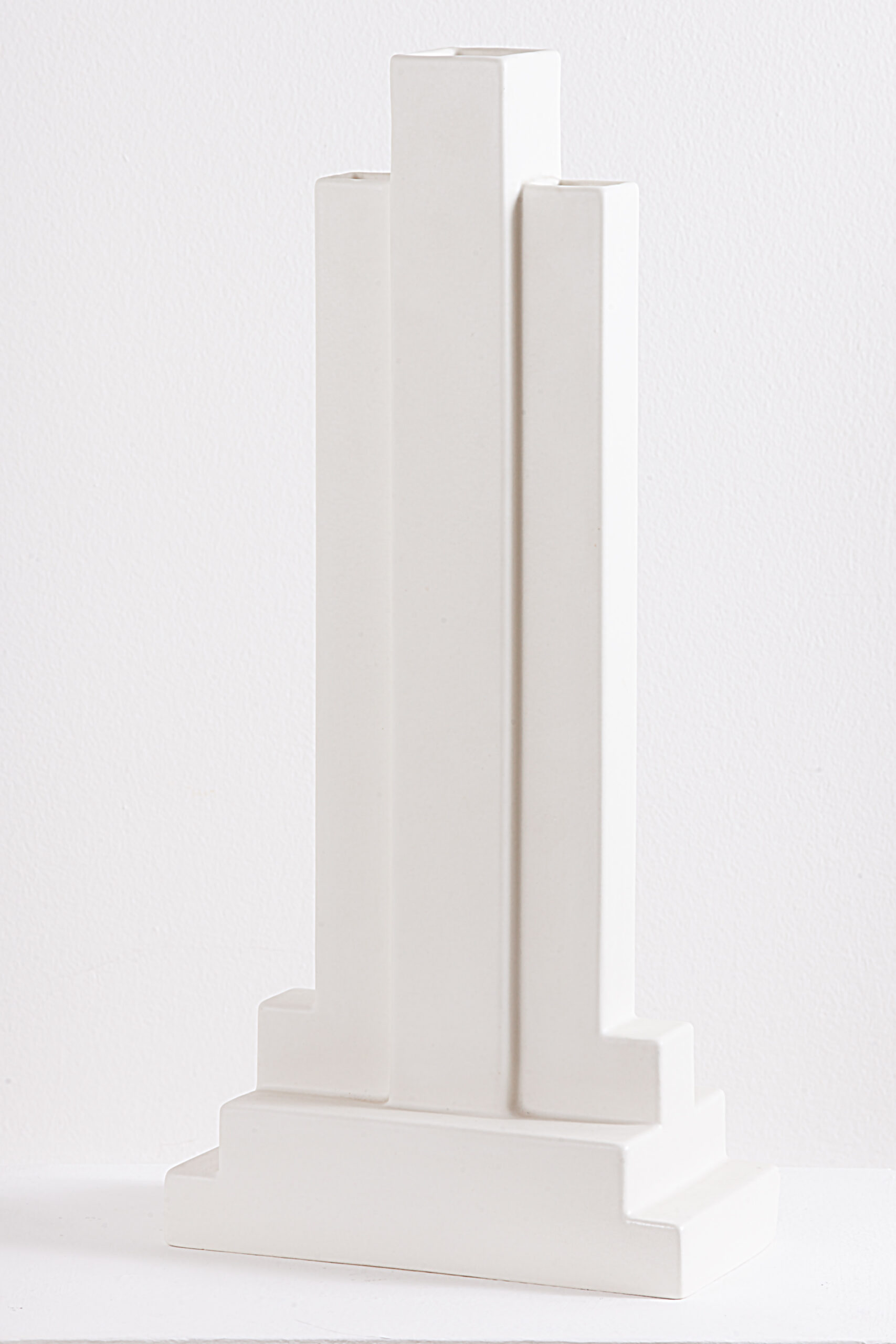 Under the base signed Sottsass Y15.

Vases from Yantra collection are produced by mould cast, realised by different manufacturers and distributed by Design Centre, Poltronova, directed by Sergio Cammilli between 1969 and 1979. Works has been presented by gallery Design Centre in Milan and reproduced in two catalogues. Currently they are produced by EAD, this one in lime green. A catalogue has been published by EAD in 1990 with Y15 reproduced in a colour similar to the original. Works have same acronyms in both editions.