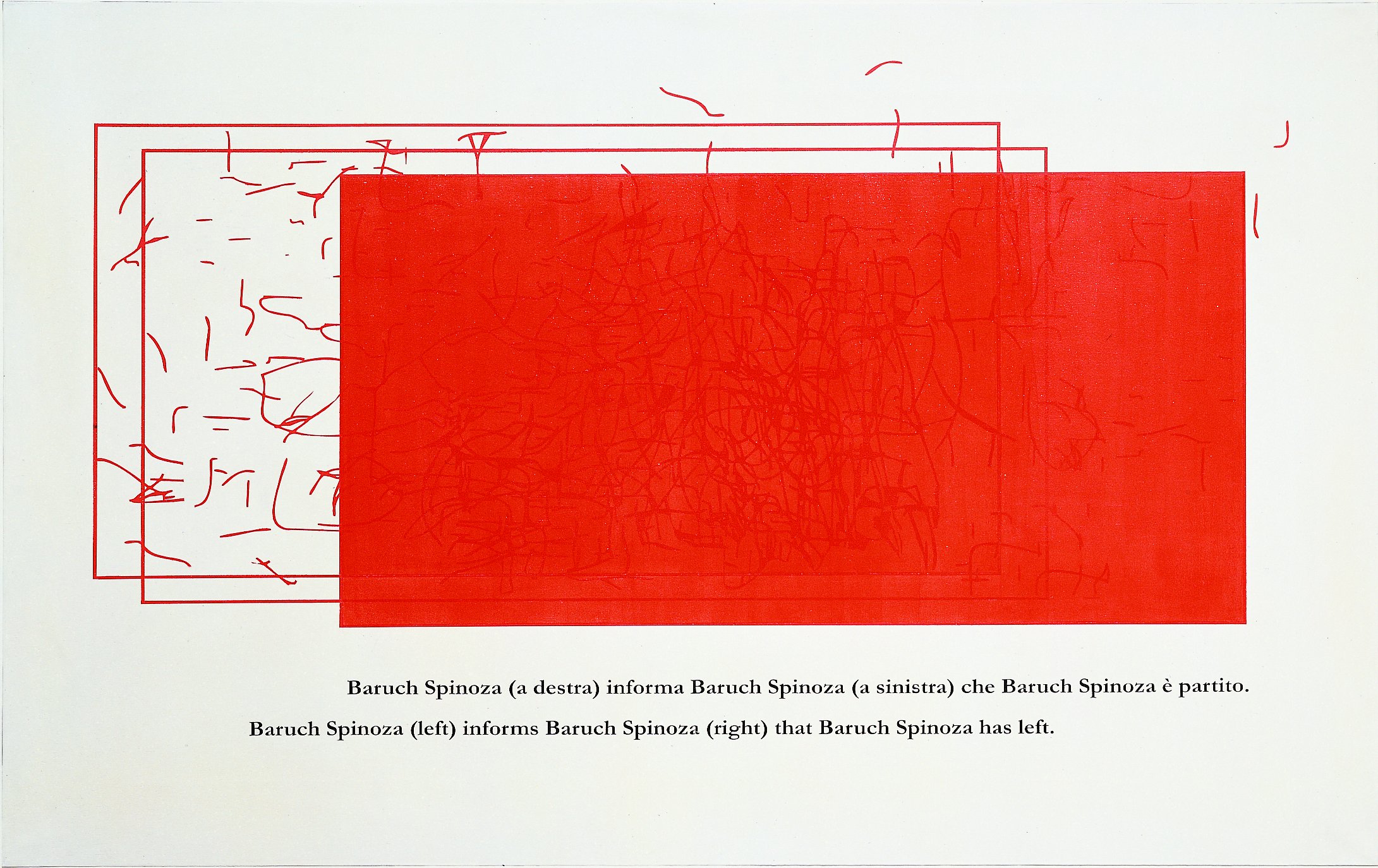 NOTES:
Certificate of authenticity by the artist on photograph.

Heart, imagination, reason. Let’s ask for their help in this time of uncertainty. They’ll listen to us.This red story by Emilio Isgrò reminds us that life is a space in which anyone can write, with the signs of one’s imagination, and that the imagination is a faculty that frees the power of our existence and makes us masters of ourselves. For Spinoza, the philosopher who Isgrò makes appear and disappear in this large red colour field, imagination is a virtue, not a defect in our minds, if accompanied by analysis.Imagination, as the capacity to think about what doesn’t exist, and reason, that is, the awareness of reality, are the two poles between which our freedom to be human beings moves. And red is the potent colour that symbolises our ability to use our hearts.