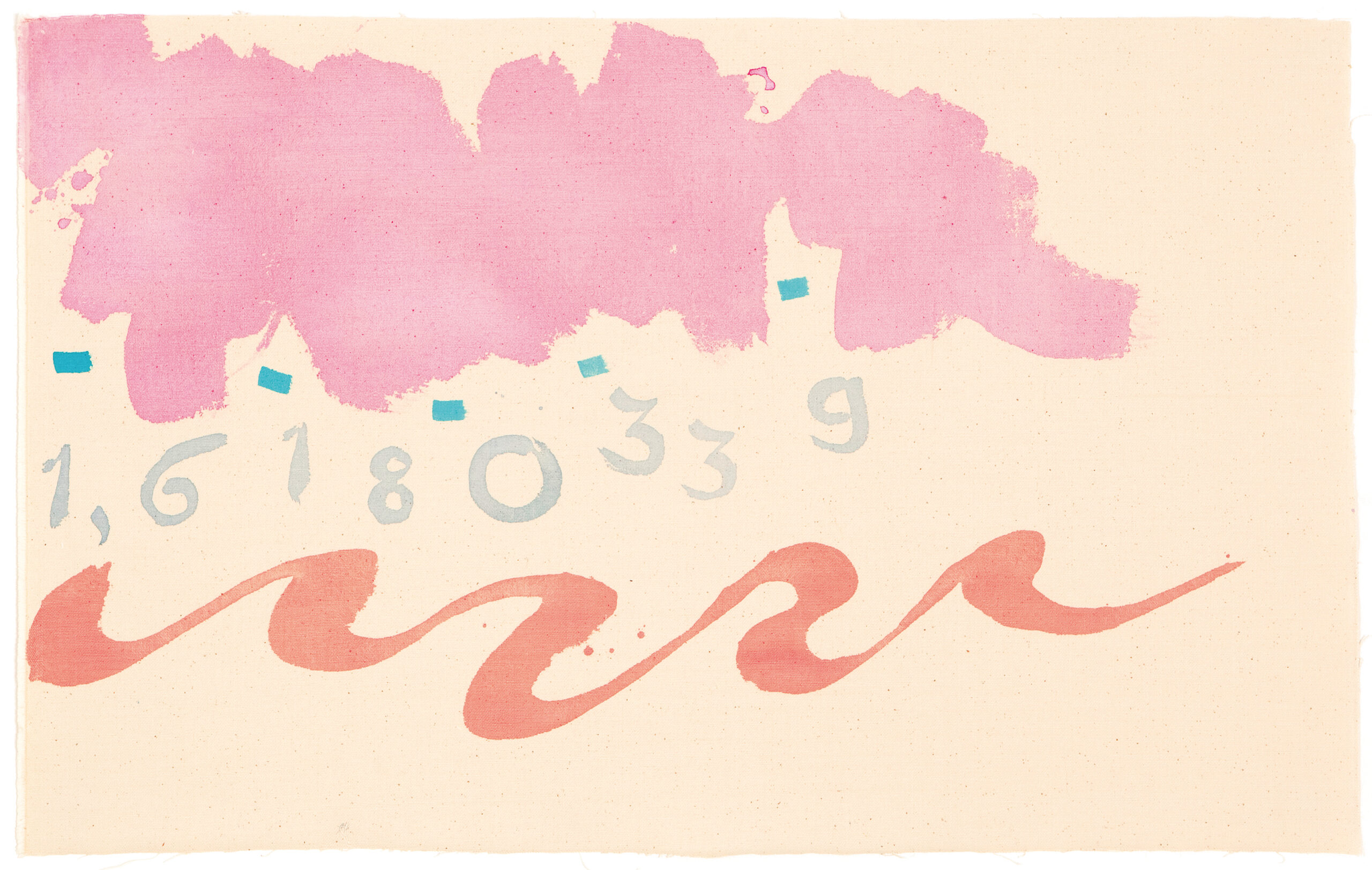 NOTES:
Certificate of authenticity by the artist on photograph, archive number: G10018

“Euclid defined the golden ratio, also known as the divine proportion, by dividing a segment according to the extreme and mean ratio, where as the whole line is to greater segment, so is the greater to the lesser. The resulti s this interminable number, which has never ceased to arouse awe and wonder over the centuries […] a number which will doubtless go on for centuries, for milleniia, for millions of millennia, without end. Forever. Until the end of time”.
This is what Giorgio Griffa said, ten years ago, of the number – the divine proportion – which gave the title to an exhibition designed for Studio Guastalla. It was a number that unfolded on the canvases – like this one we are presenting – and on the works on paper, always different, always in the making, together with those signs that chase each other, traced by a hand that abandons itself in the millenary memory of painting. A painting that contains, within itself , emotion, intellect, and, despite its own appearance, also representation of nature.  A representation which persists through metaphor, rhythm, the blending of time and space, the intelligence of matter measuring itself with that of man. […] Among others, number is a sign, and this golden number is that to which humanity has assigned a profound memory of the unknown, the infinite, the unutterable. The next step on from numeracy, let us say, just as painting is the next step on from the drawing of an apple.
Unknown, infinite, unspeakable: how long was it since each of us had been confronted with all this?