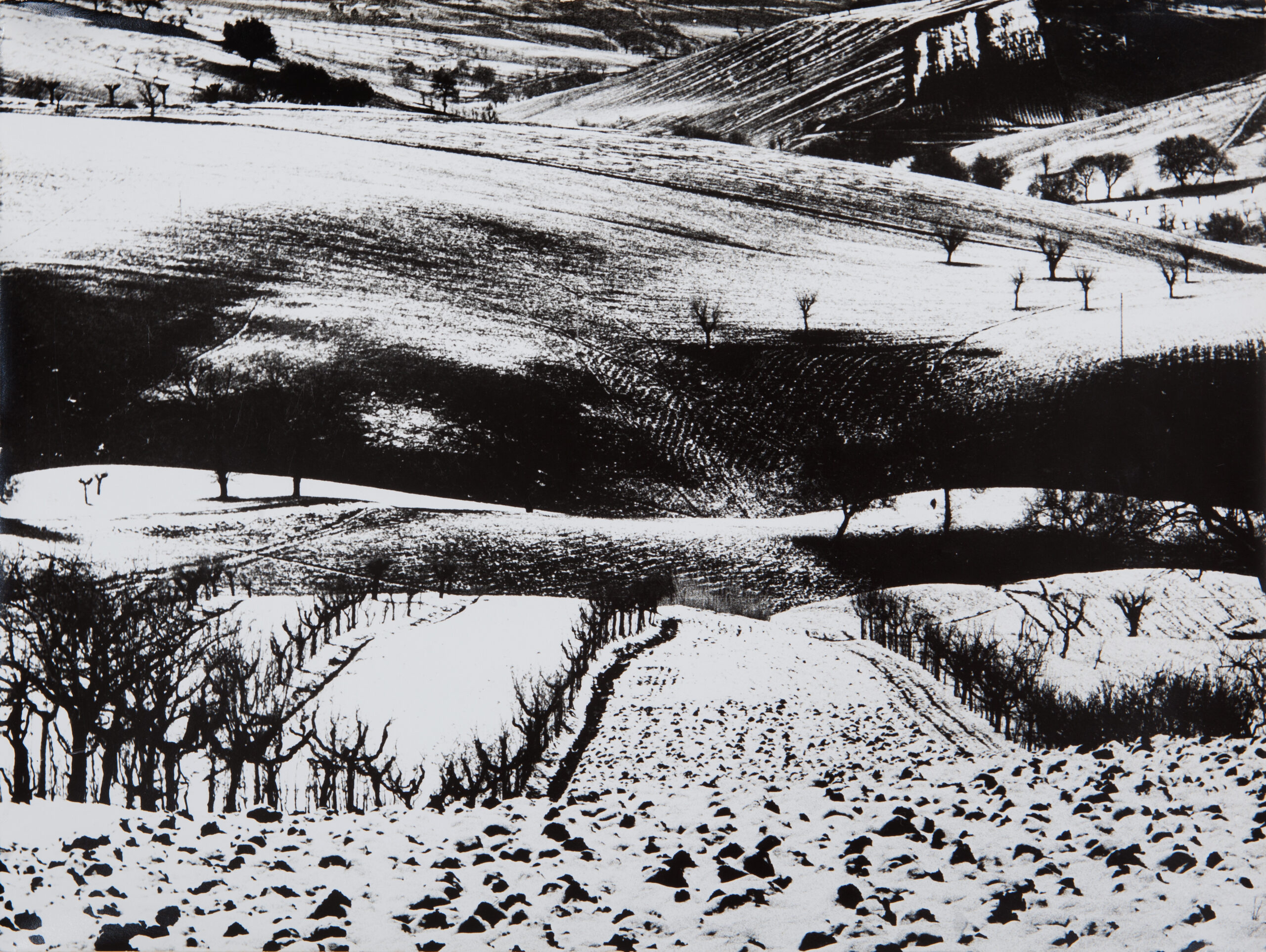 Magic land“For me, the country, the place depicted is not important, but the emotion, the contact that there is, that is created between me and the land. So it is the land that is important rather than the landscape itself. Of course, these feelings arise from the landscape, from its construction, from the blacks and whites that I read in it. But they also arise because I know those involved with the land, who work on it, and I know the contact that is created between the land and the farmer”.In Giacomelli’s “land photos”, especially in the series “Presa di coscienza sulla natura” [Awareness of nature], one of which is presented by Studio Guastalla, the protagonists are the marks left by man, the furrows the farmer traces on the land – and which the artist often asked to be traced  according to one of his mental sketches – marks that are like wrinkles, like wounds. Which make the land “as if it were magical”. “For this reason, the land is seen like the folds in the hands of the farmer: the land is the marks of the farmer. It’s not easy to explain, what I feel, indeed, I’ve no desire to ever do so. Land always has its gashes, its gaps. It’s like Christ’s side, land has the same slash, the same wound”.  Through the marks traced on the land one perceives the mutation of the landscape, the inexorable passage of time, the changes. It is the artist’s anguish, his sense of tragedy that emerges in the violent contrasts, where the greys disappear, while the dazzling white cancels everything that is not needed and the black “is a hole where there are problems falling into a vacuum that I continue to photograph”.