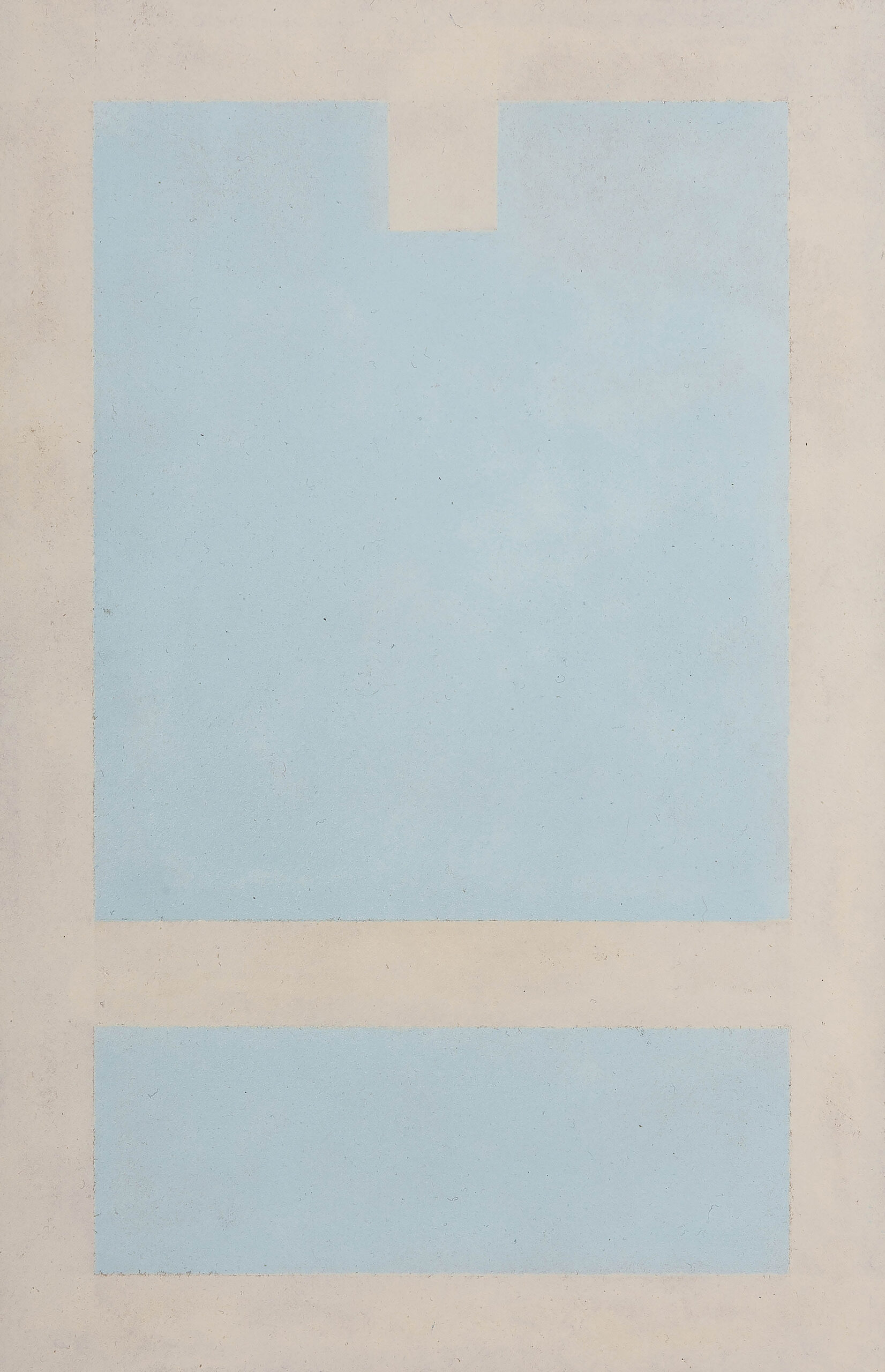 From reality to idea

“I want to paint the nothing that is everything, the silence, the light. I’d like to paint the infinite”, wrote Antonio Calderara in his poetic autobiography, which is at once moving and of crystal clarity. At a precise moment in his life, Calderara abandoned definitively the curved line, the line describing a face, an eye or a pregnant belly, and, moving away from that curve, he detached himself from reality as a memory in order to approach the idea, in which nature and man do not disappear, but come closer to extreme synthesis, essentiality. It is the still human, but no longer concrete or three-dimensional, sphere, invaded and annulled, rather, by light, a light without source, an intellectual light that constructs the limitless space in which time is cancelled. The rectangles and squares that Calderara places in his paintings, as in this one presented by Studio Guastalla, are not geometry, but representations of the human dimension in a space of light, because humanity is always at the centre of his art – but a humanity stripped of its physical dimension, ultimately arriving at its purest and most rarefied essence. At the nothing that is everything.