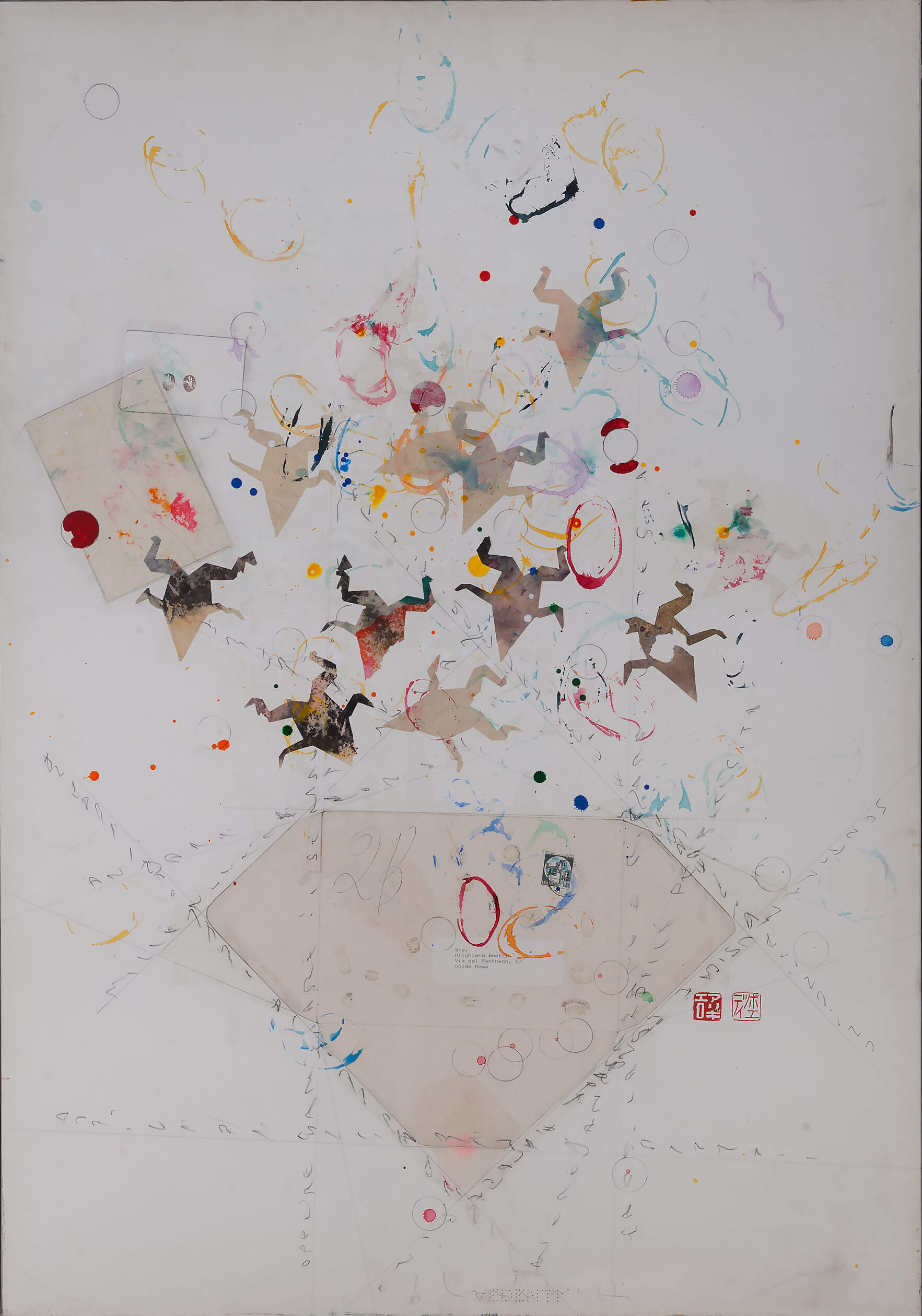 “The contrast between the ordered system of human life and the disorder of nature is one of the contradictions I always explore in my work”. Envelopes, stamps, postmarks, marks on the paper left by travels, notes in pencil, the address with the artist’s name, as well as oriental calligrams. A disordered myriad of frogs breaks into this human order. “La natura, una faccenda ottusa” [Nature, an obtuse matter] is the title of this work presented by Studio Guastalla and of a whole cycle of works which Boetti began to create in 1980 and would continue with right up to the end. Nature as a senseless running towards life, a vital and primordial disorder. Inspired by the philosophy of Alfred North Whitehead and his idea of reality as a complex entirety in which matter and spirit interpenetrate in an organic whole made up of inner relations, Boetti presents the teeming proliferation of nature, without any end goal, by means of a fantastic, decorative and at the same time unsettling bestiary, made of sprayed-on paint and a collage of stencil cut-outs. A reconciliation of opposites, of order and disorder.